​Hume City are through to the Westfield FFA Cup semi-finals after an absorbing 3-2 extra-time win over Oakleigh Cannons at a wet and windy ABD Stadium on Tuesday night.

Just as the contest looked to be headed to a penalty shoot-out, rising star Marcus Schroen was on hand to tap home a dramatic winner for Hume with just two minutes left in extra-time.

The home side came from behind twice to force extra-time with a Theo Markelis brace cancelling out goals by Cannons duo Sean Rooney and Dean Piemonte.

Any late-arrivers to Broadmeadows would have missed the opening goal as the Cannons made the perfect start inside three minutes.

Rooney sprung the offside trap to race onto Piemonte’s delightful pass, the ex-Newcastle Jet steadying himself before slotting past Hume ‘keeper Chris Oldfield.

The early setback didn’t rattle the home side who came right back into the contest and deservedly got back on level terms 14 minutes later.

Ivan Pavlak got free down the left and crossed to the top of the box for Markelis, his fearsome shot slipped through the hands of Carlos Loaiza and into the net.

This was turning into a Cup classic in front of just over 1500 fans, with both sides creating good goal-scoring chances.

So it was no surprise when the Cannons regained the lead 11 minutes before the break, with Rooney this time turning provider.

Kofi Danning’s defence-splitting ball sent Rooney down the left and he centred for Piemonte who scuffed his first shot, but stayed alive to slam it home at the second attempt.

Only a fantastic save from Loaiza denied Markelis from levelling things up before the break, the Cannons ‘keeper showing superb reflexes to paw away his close-range header.

Hume were breathing fire after the restart with skipper Nicholas Hegarty and Jai Ingham both denied by a combination of Loaiza and the woodwork in quick succession. 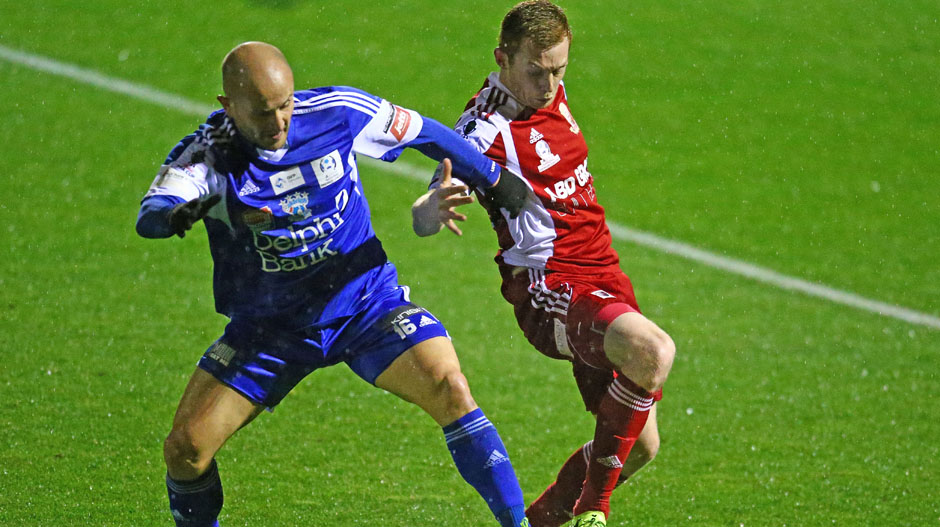 The Cannons were still causing the home side trouble on the counter attack and were unlucky not to double their lead just after the hour mark.

Substitute Dusan Bosnjak saw his shot parried by Oldfield before Piemonte’s follow up was blocked on the line by Shane Rexhepi.

The chances kept on coming in a pulsating second half as Marcus Schroen dragged a shot wide, while Hegarty’s free-kick flashed across the face of goal as Hume strived for an equalizer.

And they got it with six minutes left as Markelis grabbed his second, turning in the area and firing into the bottom corner from Hegarty’s pin-point cross.

Hume dominated extra-time and hit the crossbar on two separate occasions via the boot of Soheil Msahli Azagane and the head of defender Matthew Hennessey.

But Hume got their reward at the death, Schroen pouncing after Loaiza fumbled Hegarty’s shot to send the home fans into raptures. 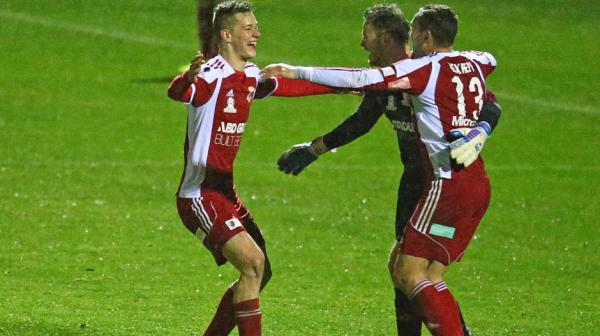 Ecstatic Hume City coach Lou Acevski has praised his side's "unbelievable character" after their gripping 3-2 extra-time quarter-final win over Oakleigh Cannons in the Westfield FFA Cup on Tuesday night at a freezing ABD Stadium in Melbourne. 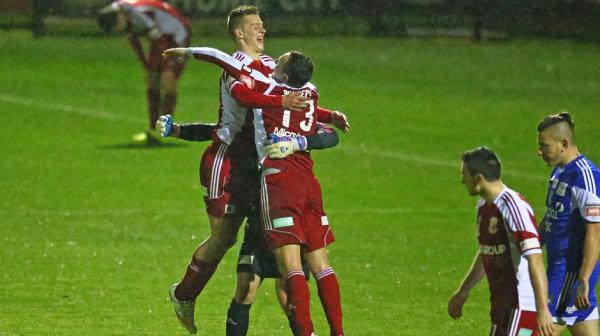 See all the best images from a thrilling night of Westfield FFA Cup action as Melbourne Victory and Hume City progressed to the semi-finals. 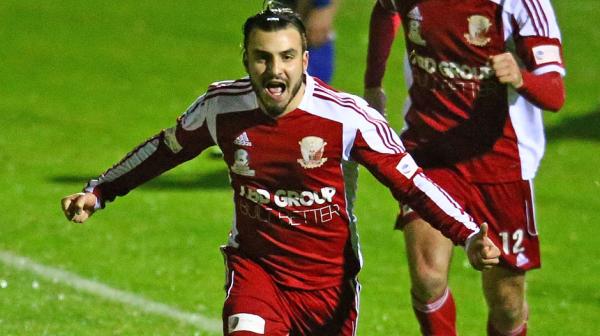 ?Hume City are through to the Westfield FFA Cup semi-finals after an absorbing 3-2 extra-time win over Oakleigh Cannons at a wet and windy ABD Stadium on Tuesday night. Just as the contest looked to be headed to a penalty shoot-out, rising star Marcus Schroen was on hand to tap

?Hume City are through to the Westfield FFA Cup semi-finals after an absorbing 3-2 extra-time win over Oakleigh Cannons at a wet and windy ABD Stadium on Tuesday night. 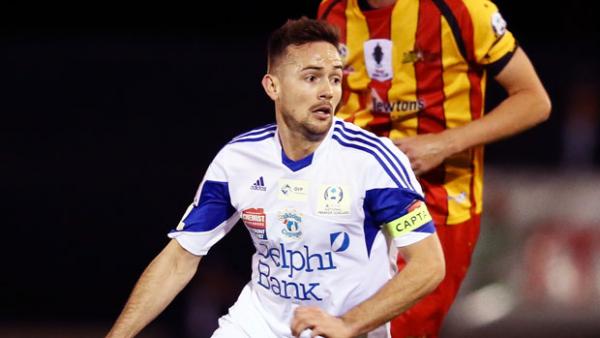 It's the cliché that's proving true round after round for semi-professional outfits Hume City and Oakleigh Cannons as the two PS4 NPL Victoria teams aim to reach the giddy heights of the Westfield FFA Cup semi-finals. 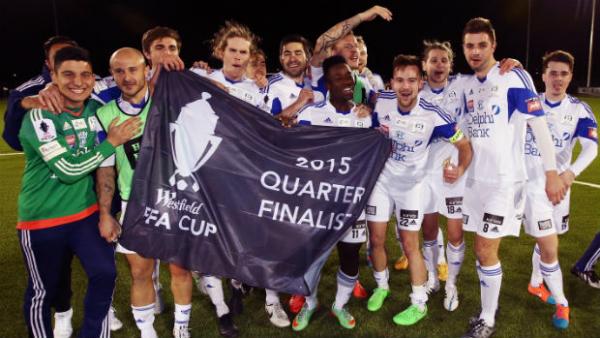 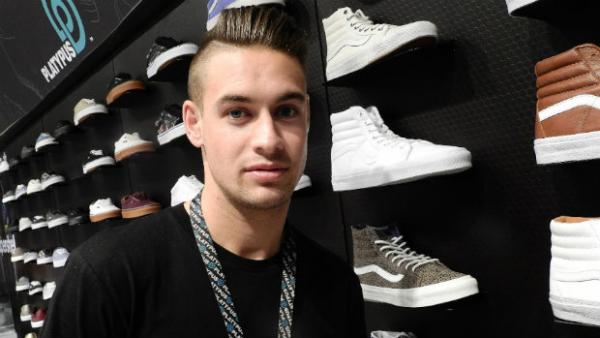 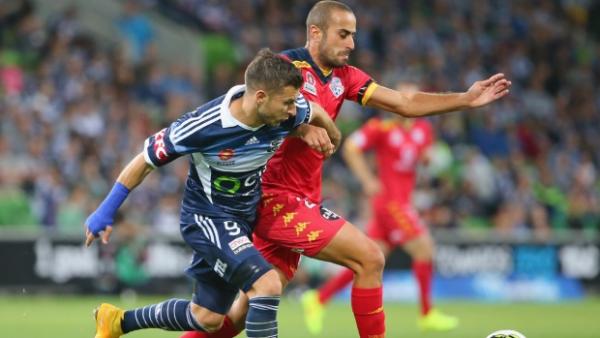 Melbourne Victory will host Adelaide United on Tuesday 22 September 2015 in a Westfield FFA Cup blockbuster at AAMI Park after the dates, venues and kick-off times for the four Quarter Finals were confirmed. 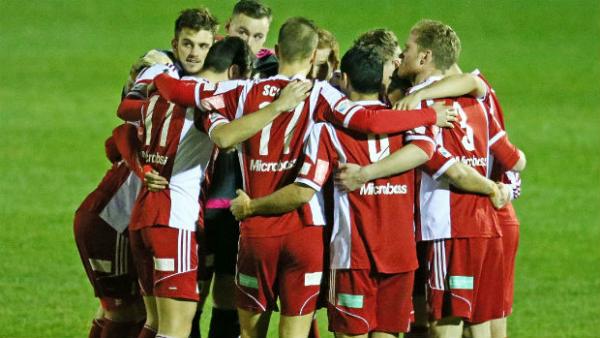 Two PS4 NPL Victoria clubs with a Westfield FFA Cup semi-final as the prize - this is the biggest night of their respective histories.

Two PS4 NPL Victoria clubs with a Westfield FFA Cup semi-final as the prize - this is the biggest night of their respective histories. Who will write another fabulous chapter in their Cup fairytale?