Sydney United 58 eased the pressure on head coach Mark Rudan with a penalty shootout victory over South Hobart to reach the FFA Cup round of 16.

Following a thrilling 3-3 draw and goalless extra-time period at Edensor Park, Anthony Tomelic, Panny Nikas and Chris Triantis all scored from the spot to secure a 3-1 shootout win for the 2013 National Premier Leagues winners.

The visitors from Tasmania's Victory League opened the scoring against the run of play and on the counter-attack in the 27th minute, Chris Hunt converting Hugh Undy's cross at the back post. They doubled their lead two minutes into the second half through Brayden Mann, who raced onto a pinpoint Oscar Thomas long ball to poke the ball past goalkeeper Justin Pasfield.

Panny Nikas got one back for the hosts just before the hour mark when he curled home a free-kick from left flank. They were level with 20 minutes to go thanks to Chris Triantis, who embarked on a brilliant run from within his own half, beating three men and feeding Mark Cindric. The substitute picked out Nikas for the forward to equalise.

It looked like Sydney United had won it with 10 minutes to go, when Triantis connected with a loose ball at the top of the penalty area and powered home a well-taken finish across goal and into the far corner to make it 3-2. South Hobart refused to give up though, substitute Alfred Hess heading home another Undy cross to level again and send the tie to extra-time.

Neither side could find a winner in the additional 30 minutes, which saw the away team's Daniel Brown receive his marching orders for a second bookable offence. 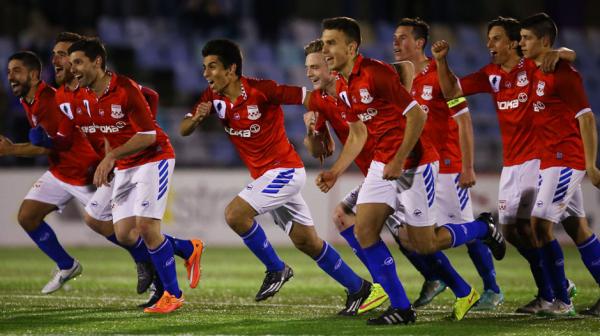 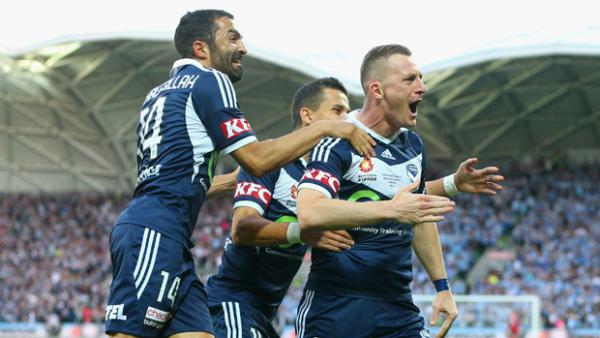 The Westfield FFA Cup is back, and after last week's extraordinary match day 1, who knows what will be in store as another four FFA Cup Round of 32 games are played with Melbourne Victory and Melbourne City playing in match day 2 on Tuesday night.