History in the Cup: Newcastle Jets

After falling short in last season’s Australia Cup Final Rounds Playoffs, Newcastle Jets are looking to return to the Round of 32 in 2022 with victory over Perth Glory on Friday night.

The Jets have competed in the Final Rounds on six occasions, with a Quarter Final appearance in 2019 their best-ever showing in the Cup.

After falling at the Round of 32 stage to A-League opposition in each of their first four appearances in the competition the Jets grabbed their first ever Australia Cup win with a 1-0 victory over Gold Coast Knights at CBUS Stadium.

Nikolai Topor-Stanley’s 11th minute header secured the Jets first ever Round of 16 appearance where they were defeated 1-0 on the road by eventual Champions, Melbourne City.

The Jets went one better the following year, reaching the Quarter Finals in 2019 thanks to wins over Melbourne Victory and Edgeworth Eagles. 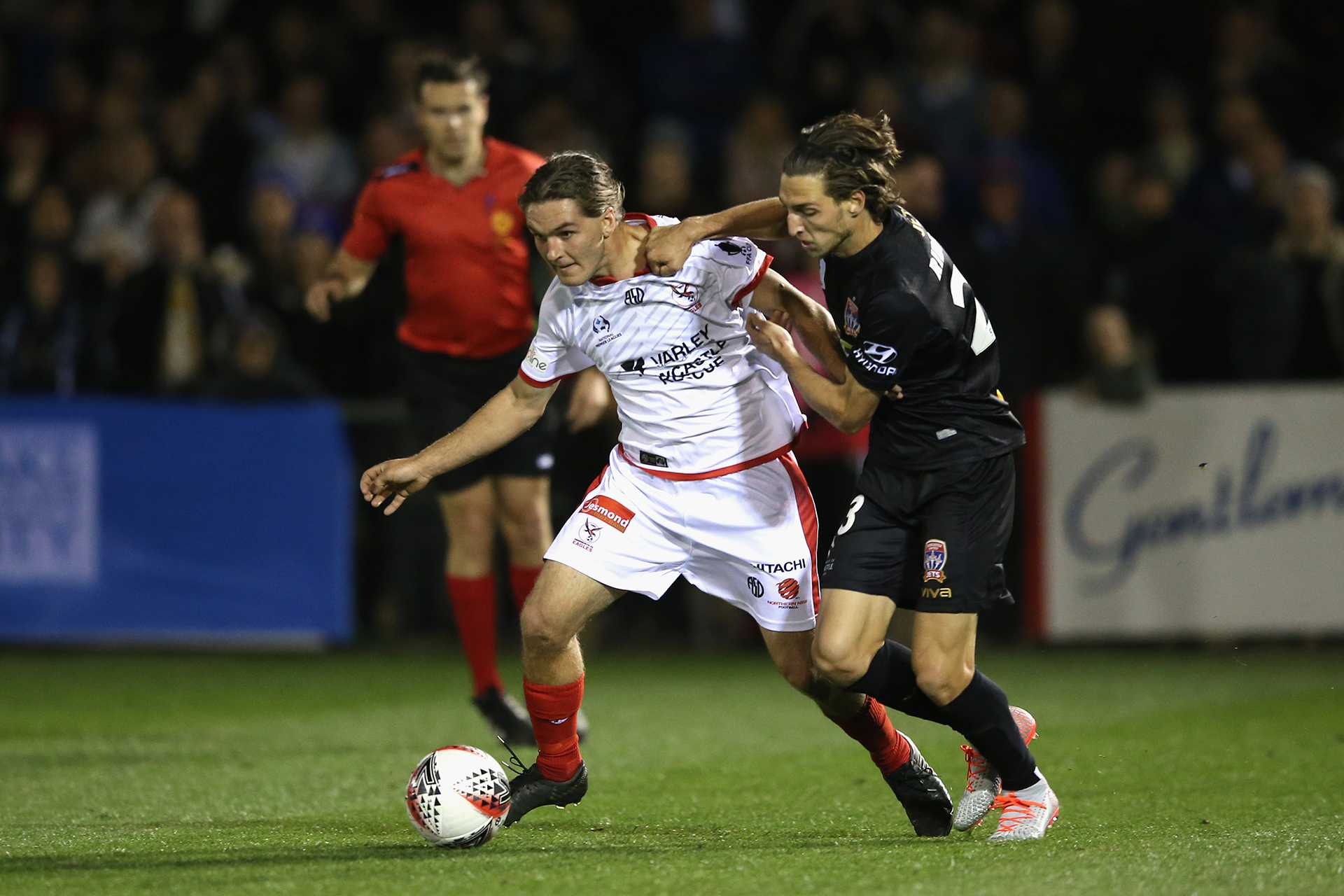 Newcastle kicked off their 2019 cup-run with a come from behind 3-2 extra time win over Melbourne Victory.

Victory looked to be on their way to the Round of 16 courtesy of an Andrew Nabbout brace before  mounted an impressive comeback sparked by a Johnny Koutroumbis' wonder strike in the 71st minute.

The Jets picked up momentum and eventually capitalised through Dimitri Petratos who equalised with a thunderous effort to send the game into extra time where he would then set up the winner for Patrick Langlois as the Jets completed the come from behind win to advance to the Round of 16.

In the Round of 16 the Jets defeated local NPL NNSW outfit Edgeworth Eagles 5-1 at Jack McLaughlan Oval.

From there it was all Newcastle, who ran out commanding 5-1 winners thanks to further goals from Wes Hoolahan, Nicholas Fitzgerald and a Dimitri Petratos brace to seal their deepest ever run in the competition.

For the second season running the Jets were knocked out by the eventual cup winners with a solitary Al Hassan Toure strike enough to seal a 1-0 win for Adelaide United at Coopers Stadium in the Quarter Finals.

Newcastle will compete in the Australia Cup Final Rounds Playoffs for the second season running after finishing eighth at the conclusion of the 2021/22 Isuzu Ute A-League Men’s season.

Every match in the Australia Cup 2022 – including this week’s Final Rounds Playoffs – will be broadcast live and free across the nation on Network 10 via 10Play.