He's a goal-scoring machine, has a fabulous name, was once a 'Football Superstar' and is a Western Sydney Wanderers fan.

Canberra Olympic are enjoying the buzz of being winners in the Westfield FFA Cup but no more so than their star striker Philippe Bernabo-Madrid.

The main with the most exotic name in the competition is turning heads with his football and excellent goal-scoring ability in the nation’s capital.

This season alone the 24-year-old has scored 20 goals [15 in the league and five in the Cup] including four in one match in their recent 8-1 demolition of Woden.

And he was the match-winner in the club’s debut in the Westfield FFA Cup, the 1-0 triumph over Surfers Paradise Apollo in the Round of 32 on a typically icy night in the capital.

“If I don’t score a goal in a game I’m one of those that thinks I haven’t had a good game.  If I score goals I feel I’ve done my job.” 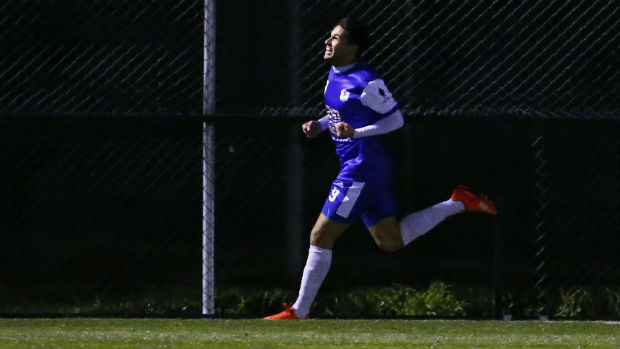 Bernabo-Madrid’s story is as much about perseverance as it is about his football ability.

Having moved to Canberra from his native Bogota in Colombia when he was 15, he came through the Capital Football Academy before catching the eye with Canberra FC.

As one of the best young players in the ACT, he was even a part of the reality TV Show ‘Football Superstar’ on Foxtel back in 2010, where he met Caltex Socceroos boss Ange Postecoglou.

But it was around that time Bernabo-Madrid suffered a serious knee injury, requiring a full reconstruction.

Unfortunately for the youngster, that surgery was unsuccessful meaning he had to go under the knife again less than 12 months later.

“It was devastating. That first time I was out for about a year-and-a-half all up,” Bernabo-Madrid explained.

“After that second surgery I came back feeling really good and playing some good football and then last year I did it again which meant a third surgery on my left knee. It was a really tough time.

“I went to Chile this time to get it done. There was no way I couldn’t not play football [anymore] so I just had to get back into it.

“Football is my life really. I really don’t do anything else than watch football, coach football and play football.”

As well as doing a degree in sports coaching and exercise science, Bernabo-Madrid mixes coaching the Canberra United under-12 academy and Canberra Olympic under-13s with his playing commitments.

And it’s obviously working as his goals has propelled Olympic to the cusp of the Capital Football title [they need one point from this weekend’s final match against the FFA Centre of Excellence] plus the last 16 of the FFA Cup. 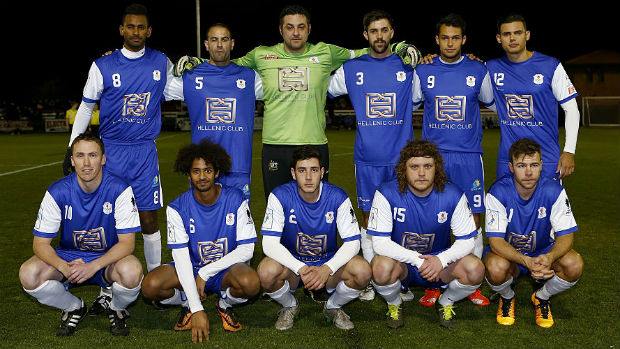 “We have such a good team culture and we have a coach [Frank Cachia] that has brought a good bunch of guys together and we get along on the field and off the field,” Bernabo-Madrid said.

“We’ve got some really good players with a lot of experience and good young guys as well. It’s a combination of a lot of things, we’re a good team in terms of how we get along.”

A huge Western Sydney Wanderers fan, Bernabo-Madrid would love Olympic to progress to the last 16 and face Tony Popovic’s men in the quarters.

But first they need to get past giant-killers Redlands United, who bundled out Hyundai  A-League champions Adelaide United in the Round of 32.

“To beat the A-league champions they obviously have a good team and some really good players,” Bernabo-Madrid said of Redlands United.

“We’re going to have to have a very good game if we want to go through. But it’s definitely an advantage being at home. Hopefully that night it’s minus three with some snow.

“Going up to Queensland would have been fun for the team but playing at home with the crowd gives us a push and hopefully the push to get through.”