The draw for the AFC Champions League 2022 was conducted in Kuala Lumpur on Monday afternoon, with Australia’s direct entrant into this year’s edition of Asia’s top club competition, Melbourne City FC, drawn into Group G.

In their first foray in the AFC Champions League, City were drawn alongside BG Pathum United from Thailand, Jeonnam Dragons from Korea Republic, and United City FC from Philippines.

Matches in the Group Stage (East Region) of this year’s AFC Champions League 2022 will be held in a centralised location/hub from April 15 to May 1, 2022, with City playing a total of six matches against their Group G rivals in that window.

City will need to finish first in the group to guarantee progression to the Round of 16 of this year’s AFC Champions League. Otherwise, they will need to finish as one of the three best second-placed teams from East Asia’s five groups to keep their dreams of continental glory alive. 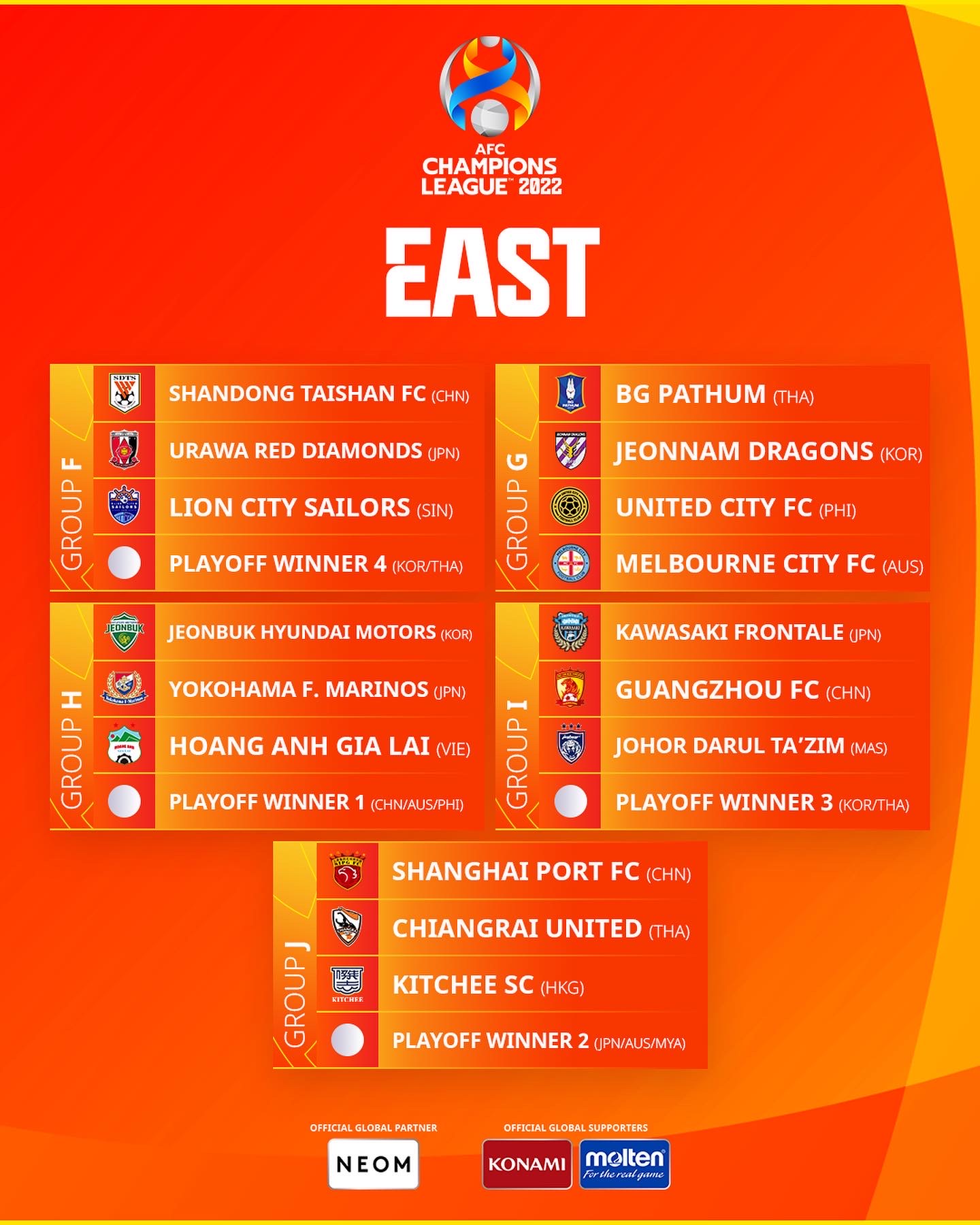 The Round of 16, Quarter Finals, and Semi Final of the East Region will be played as single leg matches in a centralised hub from August 18 to 25 this year, with the Final featuring one club from East Asia and one club from West Asia to be held over two legs (home and away) on February 19 and 26, 2023.

As well as Melbourne City FC, Australia will have two additional clubs vying for supremacy in Asia’s premier club competition this year.

The outcome of the FFA Cup Final 2021 will play a key role in shaping which path Sydney FC, and Australia’s other preliminary round entrant, must take to reach the Group Stage.

In the event Australia’s two qualifying round entrants claim back-to-back victories in the preliminary and play-off stages they will qualify Groups H and J respectively.

Qualification via Path 2 would result into entry in Group H, where an Australian club would come up against Jeonbuk Hyundai Motors from Korea Republic, Kevin Muscat's Yokohama F Marinos from Japan, as well as Vietnam’s Hoang Anh Gia Lai.