Redlands United defender Kai Halliday says his side will take a different approach to what worked against Adelaide United when they meet Canberra Olympic in the Westfield FFA Cup Round of 16.

Redlands were just seconds from elimination in the previous round against Adelaide United before forcing extra time and eventually eliminating the defending Hyundai A-League Champions.

While the last-gasp nature of that result only enhanced the fairytale of the competition’s greatest ‘cupset’ to date, Halliday said a different approach will be favoured against Olympic.

“We’re going to go out with a slightly different game plan against Canberra,” Halliday said of Wednesday night's clash.

“Playing against the Champions of the A-League you set up to give yourself a chance and then at the end of the game you just give it everything – which we did and it worked.”

“But it’s really always the goal to score first and that’s what we are going to try to do this time.”

Halliday and his fellow Redlands defenders were amongst the stand-outs of the Round of 32 as they sat deep and stifled their opponent’s ability to get in behind their line.

FFA Cup NPL All Stars: Round of 32 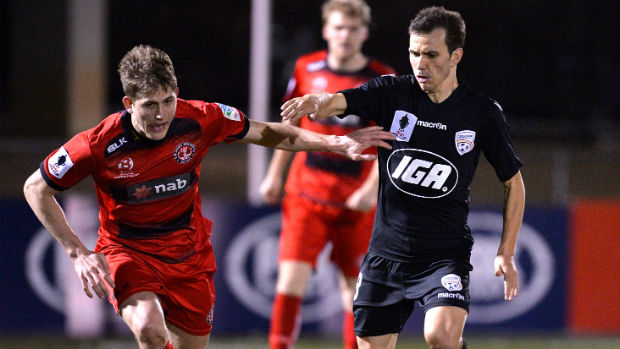 That same level of organisation will be crucial on Wednesday night in the capital against the recently crowned PlayStation 4 NPL Capital Premiers, who advanced to the Round of 16 on the back of a goal from their much-hyped striker Philippe Bernabo-Madrid.

However, Halliday said after their previous round heroics the Redlands backline hold no fear of any player.

“My fellow centre-half, Michael McGowan, and I apply the same discipline and as long we communicate and pass the man on we can deal with any striker.

“I don’t really know too much about him [Bernabo-Madrid] but there would be the same calibre of strikers in the NPL in Queensland, so I wouldn’t say he will be anything more than we have played before.”

But there is still one thing in store that Redlands haven’t faced before - the notoriously cold conditions found in the nation’s capital.

“We’re going to rug up. I think we’ve got some long sleeve jerseys coming through and we’ve all bought the skins this week,” Halliday conceded.

“But at the end of the day our game won’t change much. We like to play football and that will suit the conditions whether it’s hot or cold."