A relentless Melbourne Victory steamrolled Perth Glory 2-0 on Saturday night in the Westfield FFA Cup Final to pick up their third piece of silverware in 2015.

First half goals to Oliver Bozanic and Besart Berisha laid the platform for the win after Victory ran over the top of Kenny Lowe’s men at AAMI Park.

Glory hit the post early in the second half but without key men Gyorgy Sandor in midfield and winger Chris Harold it was always going to be a hugely difficult task against a rampant Victory.

Perth had three excellent chances late in the game and a late red card to Victory offered a glimmer of hope but there was only team on the night with the home side thoroughly deserved winners.

From the opening whistle, it was one-way traffic with Victory in almost complete control against a side who simply could not handle the home side’s blistering pace, movement and attacking desire. 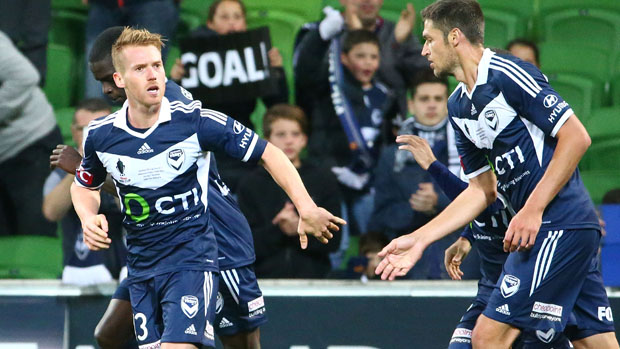 The Big V thought they’d taken a deserved lead after Kosta Barbarouses smashed home a belter from just inside the box on 16 minutes, but ref Ben Willimas chalked it off after Matthieu Delpierre was correctly ruled offside.

Sidnei Sciola had Glory’s best effort of a frantic opening 25 minutes after he broke free down the right but Vukovic parried his low shot away for a corner.

But the Glory rearguard simply could not keep out the rampant home side and and ten minutes from the break brilliant interplay down Glory’s left opened up the yellow shirts and it was Bozanic who picked up the second ball to sweep it home for a fully deserved opener.

And it was 2-0 just before the break with Valeri’s slide rule through ball picked up by the goal-bound Berisha who finished with ease past Covic.

Two goals to the good at the break as Victory sprinted into the sheds while Glory looked a beaten side as they trudged off.

But Glory could’ve so easily been back in it after Diogo Ferreira’s sweetly timed drive hit the base of Vukovic’s post.

Glory tried vainly to get back into the contest with midfielder Hagi Gligor sacrificed for central striker Guyon Fernandez.

And the visitors had chances to get back into the game with Castro, Fernandez and Marinkovic all having excellent chances in the final 20 minutes.

Dino Djulbic was also thrown forward but the game’s domination remained with the blue shirts who continued to surge forward and ask the questions.

Incredibly Victory butchered the chance to make it 3-0 when Barbarouses broke forward and with the keeper to beat he passed off to Georgievski who was ruled offside.

In the final few minutes Carl Valeri was red carded for a cynical foul on Djulbic near the centre circle, to mirror his Grand Final send off in May.

The ten men of Victory held off a determined Glory to seal a famous win and a third trophy in 2015. 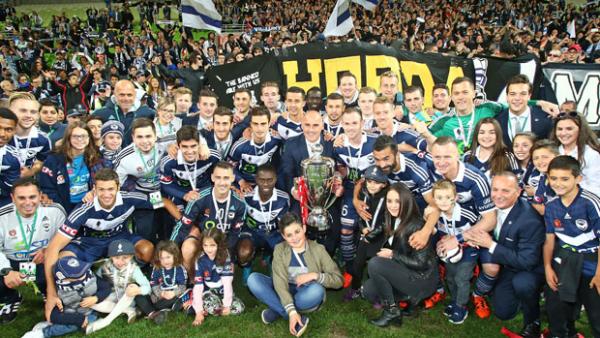 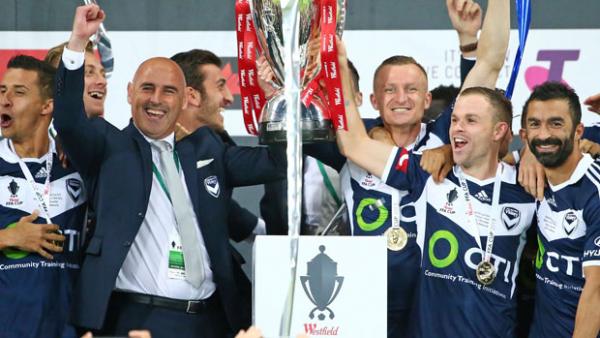 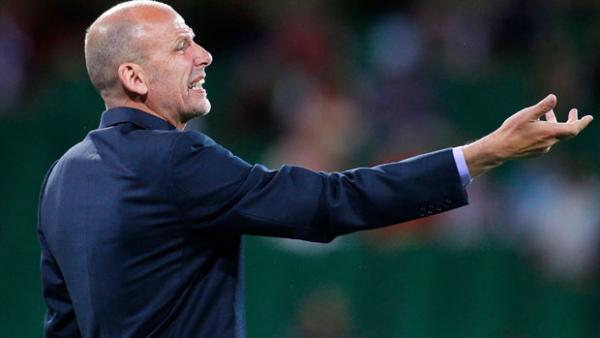 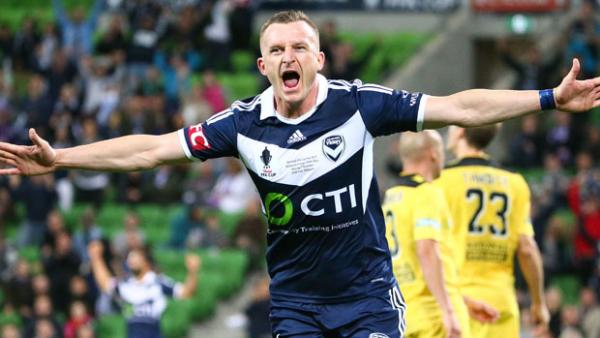 A relentless Melbourne Victory steamrolled Perth Glory 2-0 on Saturday night in the Westfield FFA Cup Final to pick up their third piece of silverware in 2015. First half goals to Oliver Bozanic and Besart Berisha laid the platform for the win after Victory ran over the top of

A relentless Melbourne Victory steamrolled Perth Glory 2-0 on Saturday night in the Westfield FFA Cup Final to pick up their third piece of silverware in 2015. 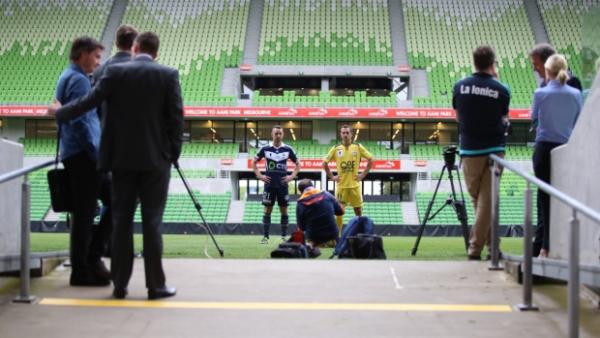 Get around the FFA Cup Final

It all comes down to this! Melbourne Victory v Perth Glory in the Westfield FFA Cup Final. Here's how to be across all of the action and drama from the decider. 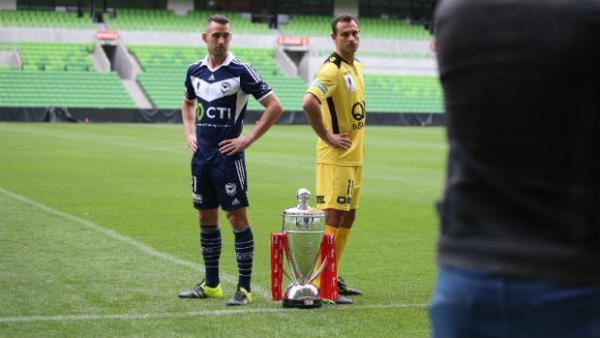 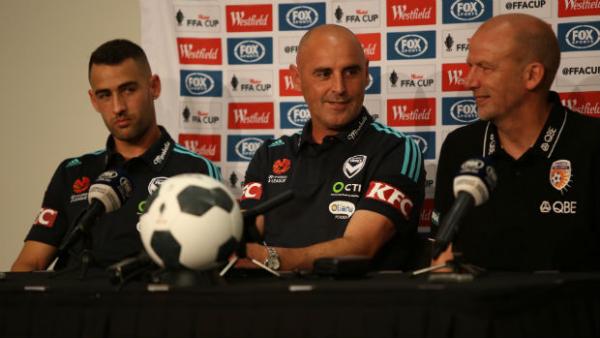 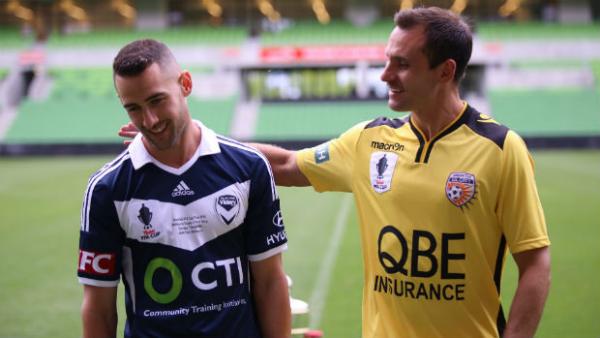 The squads have been announced and the prize on the line in tomorrow night's Westfield FFA Cup Final carries extra impetus for both clubs as they prepare for the 2015 decider. 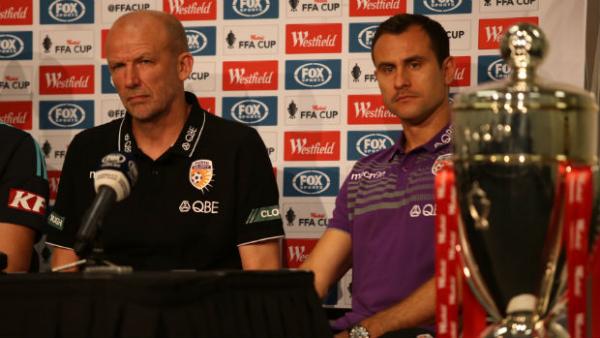 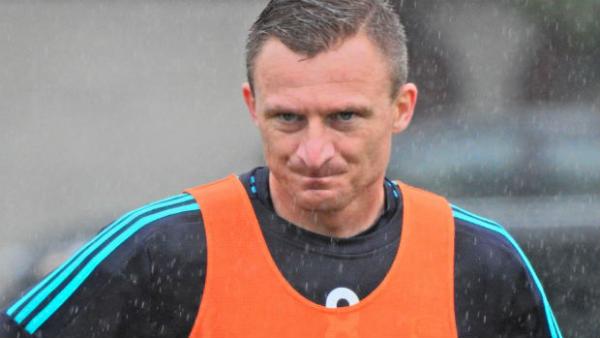 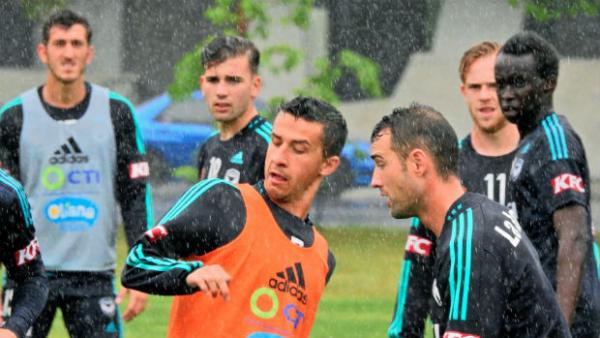 Victory train in the rain

Victory followed their video analysis session with a wet training run at Goschs on Thursday morning ahead of Saturday's FFA Cup final.