Jordan Elsey netted Newcastle’s opener after the hosts piled on relentless pressure upon Liam Reddy’s goal. Daniel Penha provided a beautiful ball onto the head of the 28-year-old who made no mistake to give the Jets the lead inside 25 minutes.

Moments later, the brilliant Brazilian produced another spectacular Australia Cup goal launching an effort from some-distance which rocketed past Reddy.

Allowed space to dribble through the Perth defence, the 23-year-old shaped to shoot and pulled off a memorable strike as his shot glided through the air to give Newcastle a commanding two-goal lead into half-time.

After a lacklustre opening 15 minutes to the second-half, Perth Glory were handed a golden opportunity to claw a goal back on the 70th minute after a swift counter-attack off a Newcastle Jets corner.

Tyler Vecchio picked up the ball on halfway and bearing down on goal, the 19-year-old was able to pick his spot to give the Glory a glimmer of hope in the remaining minutes.

However, the late strike was not enough for Ruben Zadkovich’s side as the Jets found the back in the net of the final minute of stoppage time through Archie Goodwin.

Only on the field for a matter of minutes, the 17-year-old was able to secure Newcastle Jets’ spot in the Australia Cup Round of 32. 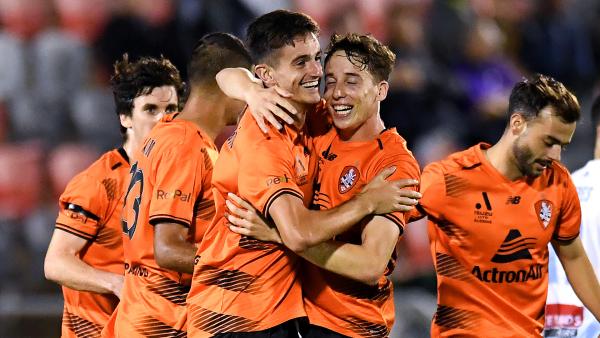 History in the Cup: Brisbane Roar

Brisbane Roar look to book their spot in the Australia Cup Final Rounds via the playoffs after putting together their best run in the competition in 2021. Roar reached the Australia Cup Quarter Finals last season completing their deepest ever run with 3-0 and 4-0 wins over NPL