How the FFA Cup playoffs for A-League clubs work

The FFA Cup is back in 2021, and a new format is set to shake things up from the grassroots all the way to the A-League clubs!

While the slot allocations have remained the same, two new A-League clubs - Western United and Macarthur FC - mean that there will be a new system to determine which clubs progress to the Round of 32.

In the past, all 10 A-League clubs automatically qualified for the Final Rounds. But with the two new teams, only the top 8 at the end of the regular season advance straight to the Round of 32.

The bottom four clubs will then face off in knockout playoff match, with 9th facing 12th and 10th facing 11th.

See the below graphic for how the new playoff system for A-League clubs will work. 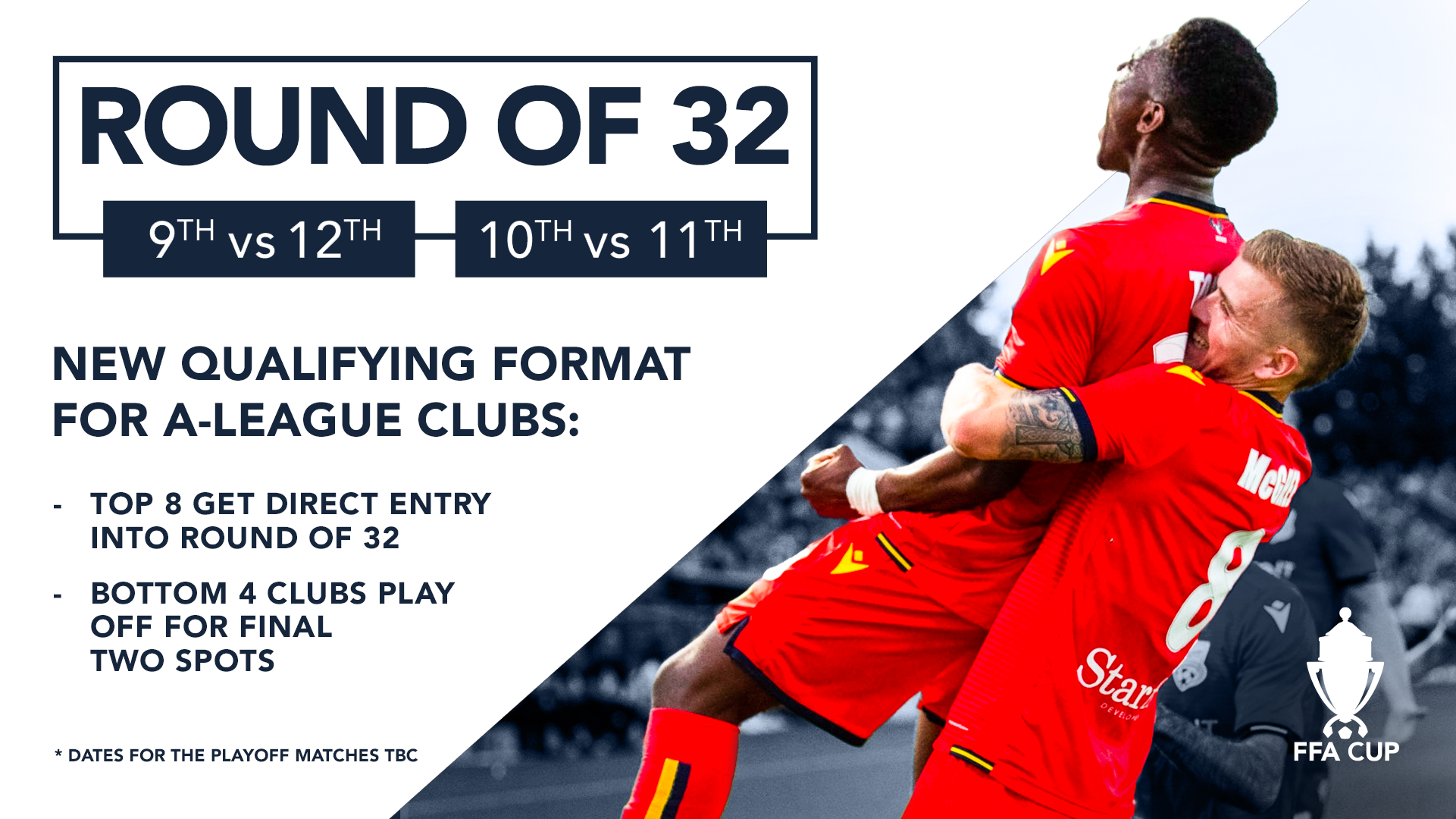 The winners of those ties will then join the other A-League teams in the Round of 32, which itself has a new format in 2021.

However, in 2021 the Round of 32 will be split into four geographic zones, and the draw within each zone will be completely open. The competition will then return to a national open draw from the Round of 16, meaning there will be no guaranteed path for a Member Federation club into the Semi Finals, providing uncertainty and in turn more excitement around the draw.

This year's FFA Cup could prove to be one of the most unpredictable and captivating editions of the tournament in its seven-year history, and could provide the best opportunity yet for a Member Federation club to reach the Final.

Additionally, for the first time, the FFA Cup Winners will also be granted one of Australia’s preliminary round slots in the AFC Champions League, subject to the winning club meeting AFC Club Licensing Regulations.

Further details on the dates of the FFA Cup Final Rounds Playoffs 2021 matches and Final Rounds will be communicated shortly.

Stay tuned to theffacup.com.au for information on the remaining Preliminary Rounds fixtures and who qualifies for the #MagicOfTheCup in 2021.