The Victorian Australia Cup Preliminary Round 6 Draw was revealed on Monday, with the 20 remaining clubs being drawn into 10 fixtures.

The 20 remaining clubs are just two wins away from the Round of 32 with Victoria being awarded a fifth spot in the national rounds for the 2022 season.

Hume and Port Melbourne have both been drawn away against NPL Victoria opposition in Oakleigh Cannons and Dandenong Thunder respectively.

Other former final rounds entrants in action include Melbourne Knights who host Collingwood City, Heidelberg United who take on Ballarat City, Green Gully who are on the road against Doveton while Bentleigh Greens and St Albans face one another.

The fixtures will take place mid-week starting from Wednesday the 10th of May. Specific details will be released shortly and be made available online shortly. 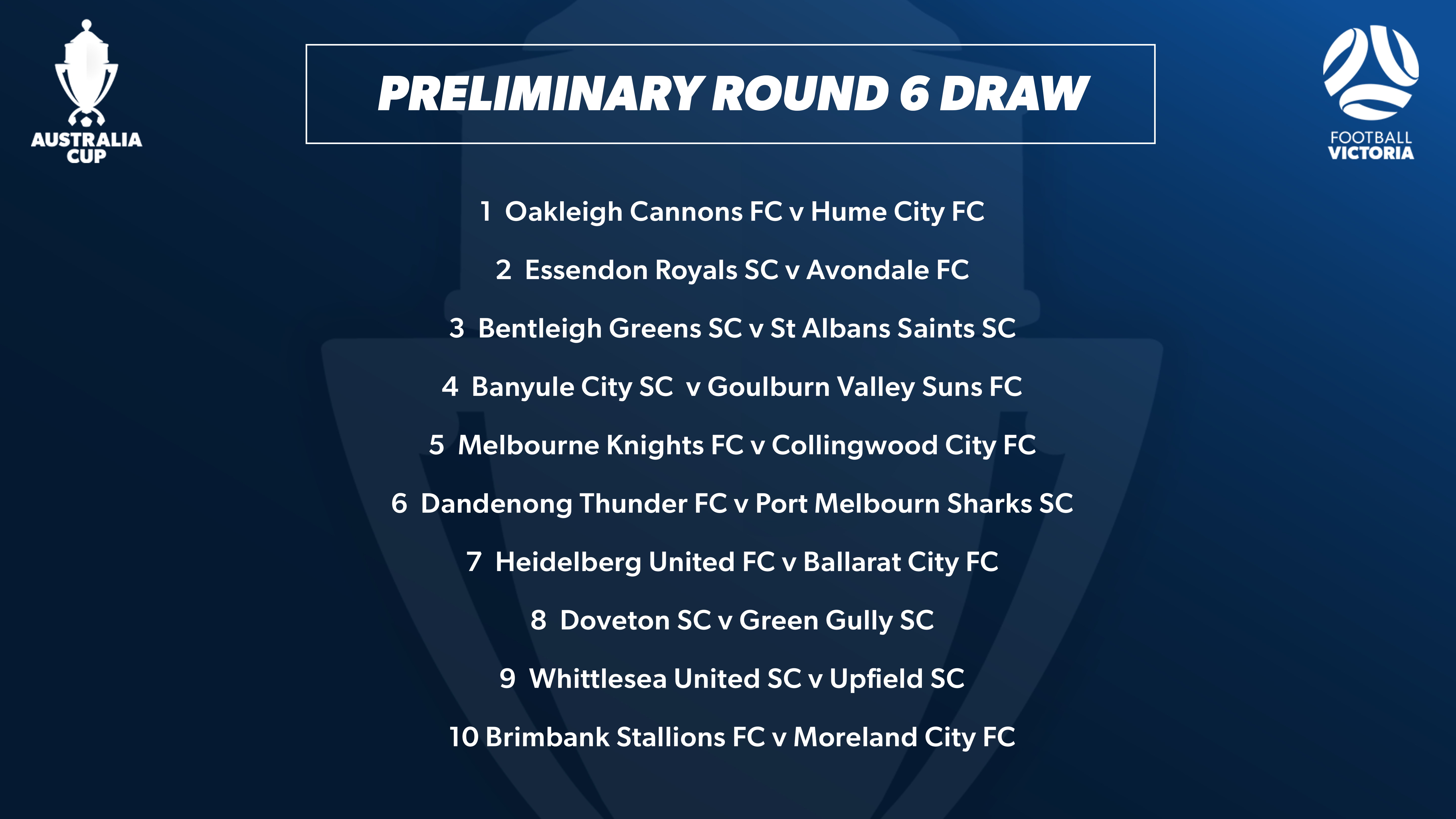